The Name was used for a narrow primeval forest territory, which makes a natural south-west border line of the Bohemia, since it has been occupied by the Czech king Přemysl Otakar II.

This territory has been pledged by a sovereign to different noble families. 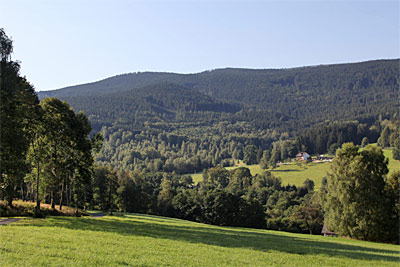